It might be a tight fit, but it seems you can fit a full frame sensor in the Fuji

One thing that's weird from the leak is that the viewfinder is round. And when I leveled out the dark part of one of the leaked photo, you could see a cylindrical thing on the inside of the sensor hole. I wonder if they put a lens to gather the light to get the Full Frame round image that they could crop to various aspect ratio. 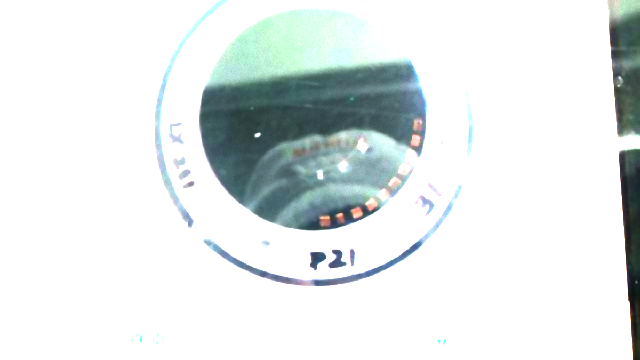 But anyway, I took two of their pics that depicts the front part of the camera, one with the lens attached, and one with the mount exposed. The one pic with the lens attached has a hand holding the camera. That could be used for a reference. I measured my thumb and got an approximately 2cm diameter. Now, I have a rather large hands, so if this hand belongs to a smaller Asian person, or even a woman, the hole would've been larger, but measuring for the scale, you could put a full frame sensor (blue rectangle) in there. AND certainly an APS-C sensor (yellow rectangle). 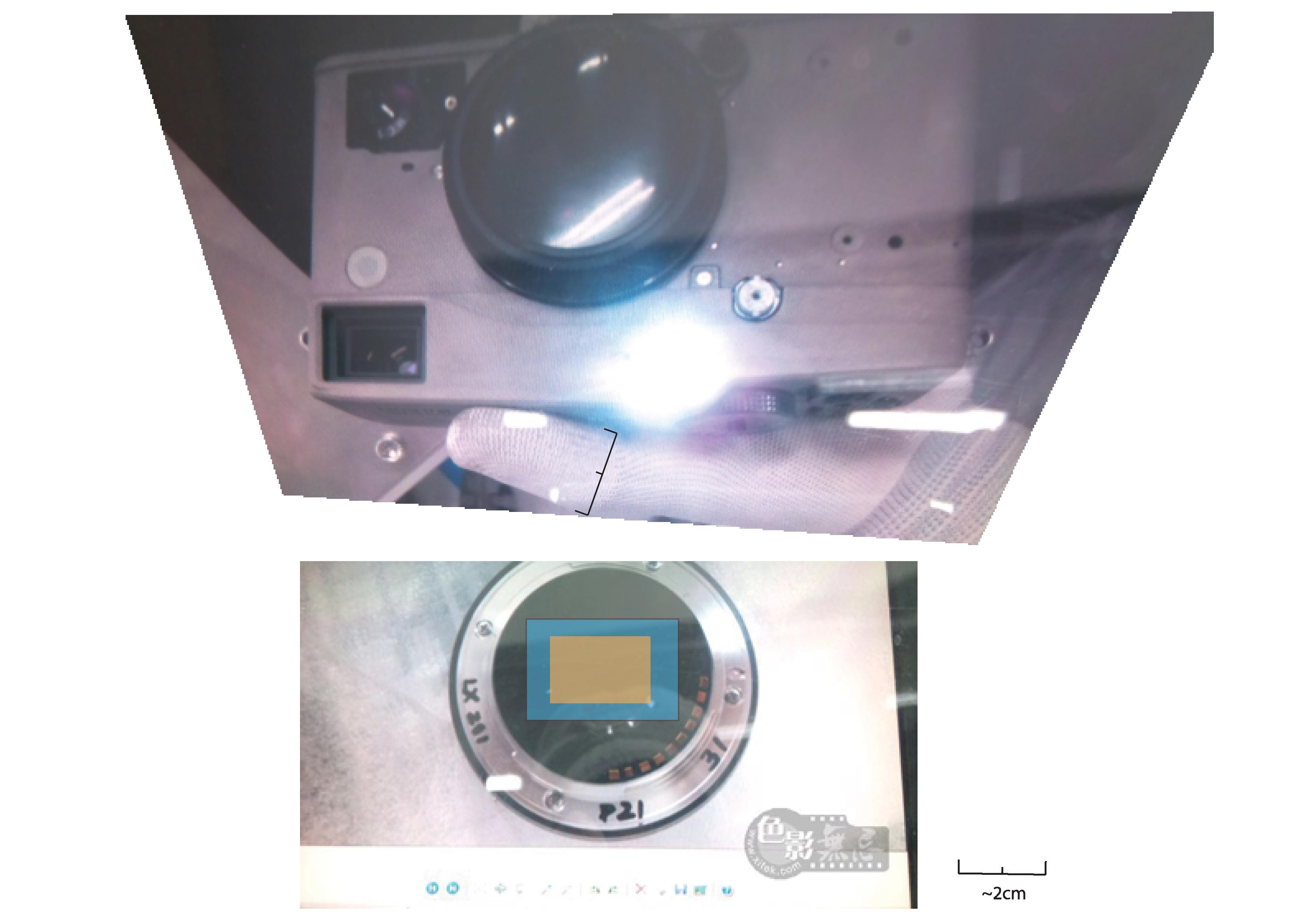 Here's another superimposure with the lens side: 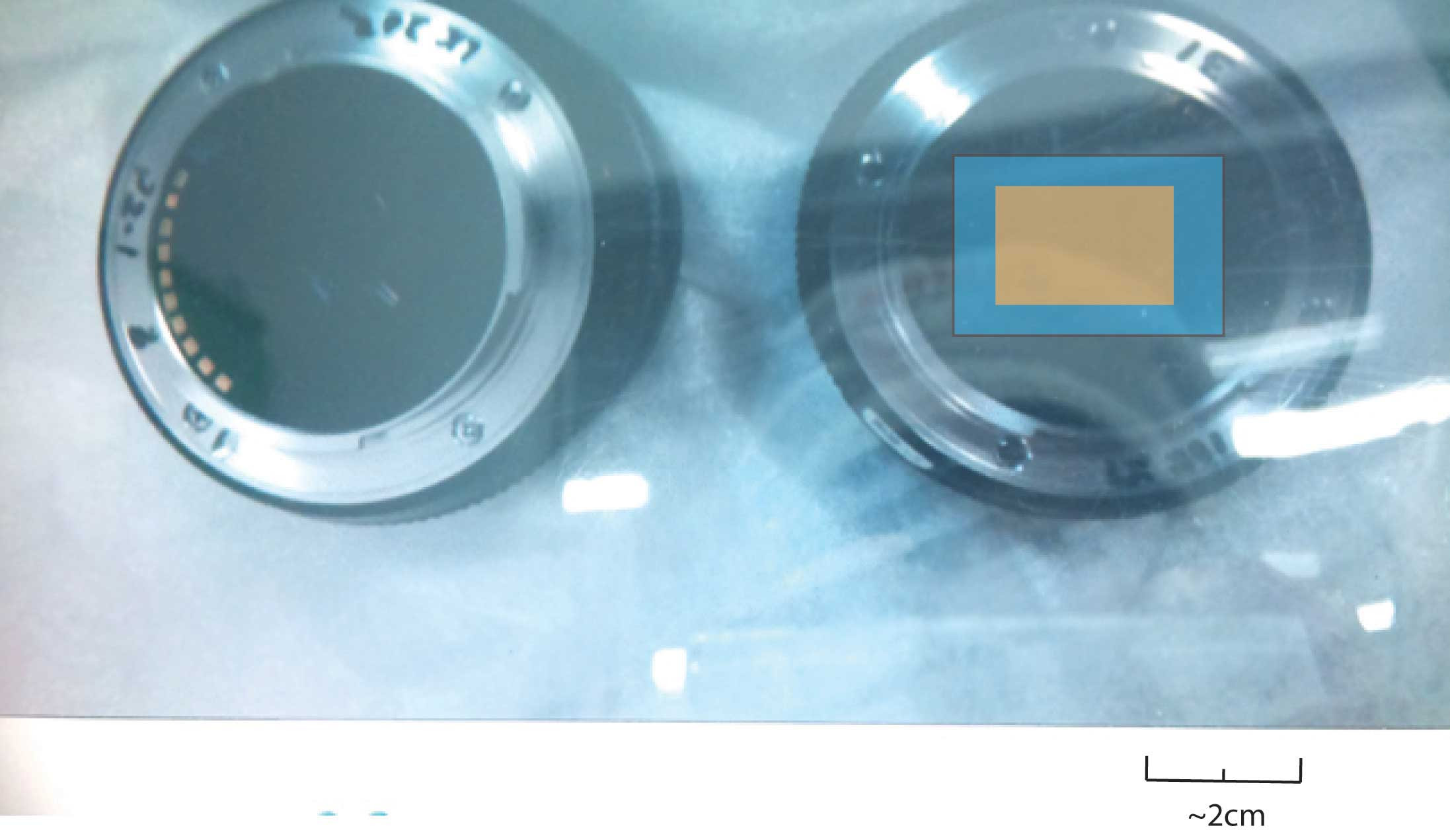 The only strange thing is that they put the pins on a corner instead of the top or bottom side where there's so many space. Hmm...

If anything, they got the form factor right. I don't like the round viewfinder but here's something that Panasonic and Olympus can learn from. 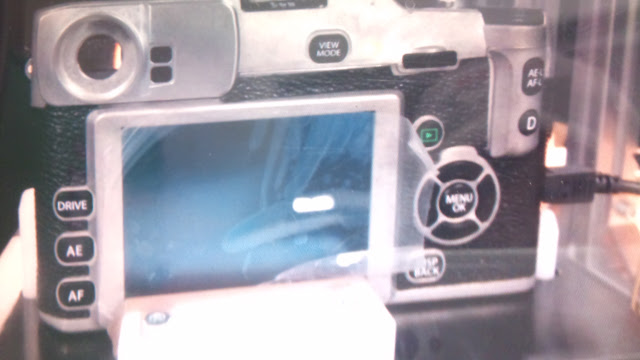 The only huddle the Fuji X would need to come over would be the comparison to a Leica. I hope the Fuji marketing team has a good spiel to not make everyone make this out as a "poor man's Leica". That can be done by meeting and beating the Leica full frame sensor and lens performance. Technologically speaking, we should be there by now.
Just one question: Where's the dedicated movie record button, Fuji? And a shutter release button would be nice too, I guess? 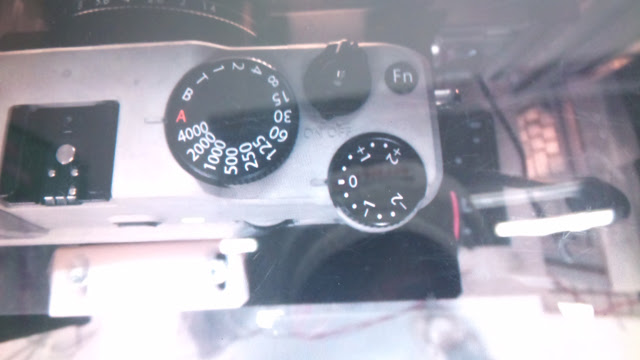 The following is a transcription of Extra Sci-fi’s episode “The True Frontier - Cordwainer Smith” What if I told you that one of the great...